Capitalism and our Planet 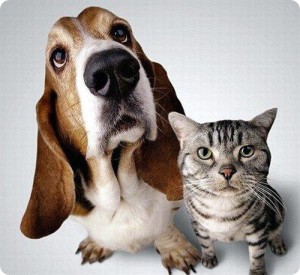 Feed me or die.

Having spent the last year and four months in Novosibirsk intensively hunting down possible open start up opportunities while at the same time studying my Masters course, I finally came to the realization that mankind can solve its problems.

There are many cause for concerns of course. For example, if you read about high populations in countries such as Bangladesh or India or even Uzbekistan (which has a much higher population density than say it’s neighbour Kazakhstan who apparently also like the US, gives out lottery visas), it can be really concerning to see what will happen to population dynamics in the future. This is not my area of expertise, but it is a concern of mine since our planet can only sustain a population up to or within a certain limit. This concern is vindicated by a rather terrifying experiment conducted by John B. Calhoun, Utopia 25, where 4 pairs of mice placed in a Utopia like conditions on a limited size barnyard quickly bred and overpopulated a section of a barnyard, then to do go on and die off as living conditions deteriorated in the face over of over-competitiveness and destructive parenting patterns which results from overcrowded conditions.

So how can I come to the conclusion, that things will improve? Well actually the two areas where I feel, we, as mankind will be able to improve ourselves. First through Behavioral Design slowly evolving in the current Information Age, which I believe is still in its infancy; and a new forms of behavioral or happiness based economics, which still has a lot of potential, eventually even perhaps in the democratic or political space.

Perhaps the greatest invention of the 20th century, the internet, has created a new form of communication and an information storage device for the masses. All other industries up to this point have really been about helping us save energy (also commonly known as the industrial revolution) and creating new forms of entertainment. But my view, the information age, is really about saving us time. One click solutions to get to your answer quickly without hassle or fuss or risk to your personal well being! Unfortunately this revolution has a very wide wavelength and we are only beginning to grasp its potential as there is a lot of wastage on the internet with false promises and distractions which choose to prey on our information asymmetries. But some examples of well designed websites are the liked of Kindle with its one click buying of books and AirBnb with its quick and easy way to find rental locations anywhere in the world.

In the Economic sphere, mathematics and modelling technology is improving all the time and we are getting a better understanding the immense amount of data or information in a more systematic way. We don’t actually need all this information and could quite easily set up a more basic model. Bhutan is a good example with its Gross National Happiness Index. Here pollution and crime is low and it sets an example to the world in terms of creating a more constructive environment. However it has more recently struggled with some alcohol consumption (which apparently causes 80% of its crime) and introduction of drugs from neighbouring countries.

Capitalism and evolution actually have a lot in common. Here nature seems to give us a few hints on how external factors such as asteroid bombardment and major ice ages can move life in a new direction. Evolution and capitalism seem to be the best dancers over the long term. Both systems change incrementally unless of course bombarded by change and then quickly adapt to the new constraints because necessity requires it. Economists are aware of this and looking at ways we can better measure and manage ourselves. However economists don’t always focus at distortions we create within ourselves or our social economy. But there has been some change in this area. A good example is Thomas Pickety’s research on income and capital discrepancies and interesting comparisons of the capital rates of return and growth rates of countries. This area is ripe for study in terms of trying to get mankind to balance our motivations to the constraints of the environment we live in. Motivation of mankind however is a lose word and needs to be understood with context of person, location or region i.e. our individual and social cultures.

So this is where I can get to my main point of this text. What is mankind’s best strategy? Quite the contrary to what one faces at the individual level. Although strategy in many ways is an extension of game theory and involves living organisms using best response mechanisms to survive in differing situations. Strategy is also the understanding of what drives or motivates others along with one’s self, so that we as participants can not only survive, but thrive over extended periods of time through improved and more balanced and creative lifestyles.

Manage what motivates you. We help drive your innovative engine.